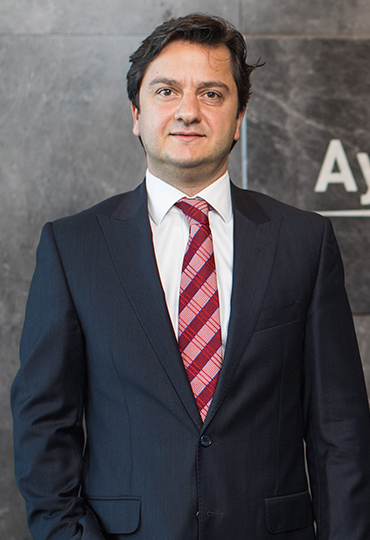 Altan Liman was admitted to the Ankara Bar Association in 2002. He obtained an LL.B. degree from the Ankara University Law School and an LL.M. degree from the University of Amsterdam, Law School in which he studied with an MTEC Scholarship from the Netherlands Ministry of Foreign Affairs. He has also attended the European Law Summer Courses at the Academy of European Law, in the European University Institute, Florence, Italy in 2008. He speaks English fluently.

Altan Liman assists local and global investors on their investments in Turkey, particularly on corporate law and M&A, commercial law, litigation and arbitration. He has recently led the corporate team of Aydas Liman Kurman on acquisition of a publicly listed company for a consideration over USD 100m. He specializes in commercial law, corporate law, contracts law, EU law, litigation, arbitration and direct foreign investments.

He is a member of the Ankara Bar Association where he held several posts in certain committees including the International Law Committee and International Relations Committee.

He is also a member of the International Bar Association.

He acts as a board member in TED Ankara Kolejliler Sports Club since 2009. He is also a member of Türk Eğitim Derneği (Turkish Education Association) and TED Ankara College Alumni Association.